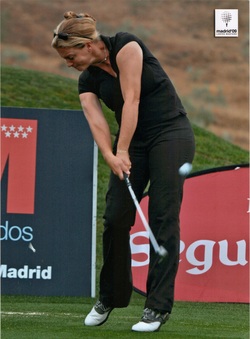 I was Born at Doncaster Royal Infirmary on the 13th of June 1979 at 20.23 to proud parents Mary and Eric Hudson.  I am the youngest member of the family and have 3 brothers.
All my education was carried out in local schools, such as: Richmond Hill, Richwood Comprehensive, Danum 6th Form and Doncaster College.  One thing that was very evident from an early age, was that I was very sporty.  I enjoyed all kinds of sports at school, but I would have to say that Basketball was probably my favourite.  My best subject at school was Art, something I followed up and gained a national diploma in Art and Design at Doncaster College.

When I was 11 years old I took my first steps onto a golf course, but it wasn't to swing a golf club, it was to act as a caddie for my Mum.  I didn't realise it at the time, but those 18 holes were to change my life forever.  I was hooked and at the tender age of 13 I took up the game for real, joining two Golf Clubs, Wheatley (still a member) and Gainsborough (my coach Steve Cooper is the local Pro).
I took to the game quickly and eventually missed some afternoons at school so that I could get a round in.  I became known as the girl "who had a lot of time off school to play golf". To be honest, I wasn't really that popular at school, so I didn't care what other people thought.  I had one or two close friends, but they were like, Golf?  What's all that about then.  Is it anything to do with "Take That"?

Actually, to say that I picked up the game quickly is an understatement, by the time I was 15 I had represented England Girls.  I put this down to the targets I set myself early on.  My first goal was to break 80 and boy was that tough.  It took a long time but when I finally shot 79 it was a great feeling and I got really excited.  The goals I set myself after that came quickly and within 4 years of picking up a golf club I was playing off +4, an achievement I am very proud of.  With a lot of determination on my part, success and honours soon followed.  Here is a list of some of my early successes.

Although I had a lot of individual success early on, I have to say that nothing can beat the feeling of representing your country, especially if you do well.  Playing in a team and having so many people on your side.  What a wonderful, wonderful feeling!!!

Now that I'm a Pro, I can look back on those early days with a lot of pride.  There was no real pressure then, it was just about winning and losing.  That's all gone now and I need to look forward, set myself new goals and strive to achieve them.  I'm determined to keep working at my game, because I really don't want to waste the chance that life has given me.

I'm looking forward to the future and I am ready for the challenge.

I don't live a jet setters lifestyle, stay in luxury and we don't get everything done for us. But, I am very lucky to do the job i do, sometimes its quite tough and i hope to give you all an insight into it!

www.twitter.com and search for @becshudson 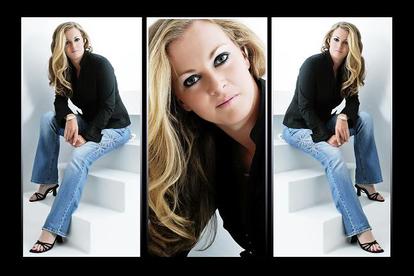